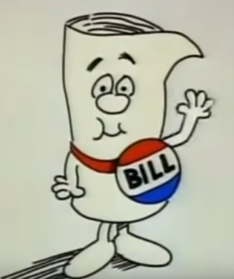 Now that I have the song in your head, let’s think legislatively. In June 2021, senators Angus King (I-ME) and Chuck Grassley (R-IA) introduced S.1981, the Accelerating Charitable Efforts (ACE) Act. Designed to update existing DAF rules, it would ensure that assets would be distributed from the donor advised fund within a specific timeframe.

In those early pandemic days, the senators thought that this would propel donations from DAFs to charitable organizations who could, in turn, help our communities. Under current regulations, DAFs are not required to distribute funds. Although a donor can claim a tax deduction for a contribution to their DAF, there is no requirement for it to be distributed to a service-providing nonprofit.

The ACE Act aims to change this by creating three new kinds of DAFs at commercial sponsors:

Donors to community foundations would be exempt from these stipulations and allowed up to $1 million in funds while still receiving tax deductions. If a donor has more than $1 million in their community foundation DAF, they must distribute at least five percent of the funds or distribute the total within 15 years of the initial donation. If contributions are not distributed from a DAF within the required timeframe, they would be penalized by 50% of the contribution. Nonqualified DAFs would face the same penalty.

The bill also changes existing rules for private foundations. While current rules require annual distribution of 5% of assets, this can be done by paying salaries, covering travel expenses or even distributing assets to DAFs, so a private foundation’s funds may never make it to a charity during a calendar year. The ACE Act would require the same five percent distribution, but the donation must be to a service-providing charity – not to someone’s salary or business class upgrade, even if they are family members of the donors. It would also include tax incentives for private foundations that go beyond that five percent minimum to seven percent.

In a bicameral effort, Congressmembers Chellie Pingree (D-ME), former Rep. Tom Reed (R-NY), Ro Khanna (D-CA) and Katie Porter (D-CA) introduced their version of the bill, HR.6595 under the same name in the House of Representatives in February 2022. The House version provides additional tax exemptions for DAF distributions of more than seven percent of a foundation’s assets as well as foundations that have a specific timeframe of operations (25 years or less).

The Initiative to Accelerate Charitable Giving, a coalition of philanthropists, foundation leaders, nonprofits and those invested in philanthropy is in favor of the legislation. Their mission, to “promot(e) common-sense, non-partisan federal policy reforms that close tax loopholes and re-establish charities as the center of charitable giving laws,” issued a statement in support.

While many support the legislation, not everyone is happy. The Council on Foundations put out a press release opposing the Senate bill shortly after its introduction, encouraging readers to call their senators to express their dissatisfaction. Similarly, fourteen Republican state attorneys general also argued that the bill would do the opposite of its goal- discourage charitable giving, calling it “a problem that does not exist.”

A facet of the legislation would require DAFs to list anonymous donors as one line item. These state attorneys general feel that it would negatively impact charities because they need to show broad public support to retain their 501c3 status. In other words, nonprofits would have fewer entries in their annual report if all anonymous donors were listed as a single entity.

For context, Fidelity Charitable reported on July 20th that donations from their funds rose 11 percent to a record $4.8 billion during the first half of 2022. Schwab Charitable reported a day earlier that its grants rose 27 percent to more than $4.7 billion in 2022. Giving USA’s recent report showed that 2021 donations were down .07 percent, but the Institute for Policy Studies’ new report “Gilded Giving” notes that in 2020, donations to DAFs equaled contributions to private foundations.

So where does the ACE Act stand? Right now…exactly where it has been since earlier this year. I called Congresswoman Pingree’s office, and their staffer noted that it was referred to the House Ways and Means Committee, but likely was stalled because of the lack of co-sponsorship. I also called committee chair Richard Neal (D-MA)’s office, who said that there were no further updates, but to continue to check Congress.gov for progress. My senator is on the Senate Finance Committee, so I called him to find out any information, but did not receive a response.

What can you do if you support the bill? Call your representatives! Tell them to co-sponsor S.1981 or HR.6595! You can track the bill here; the House version is linked under “related bills.”

Many thanks to Anne Bradley at Duke University for her excellent breakdown of the ACE Act’s specifics.